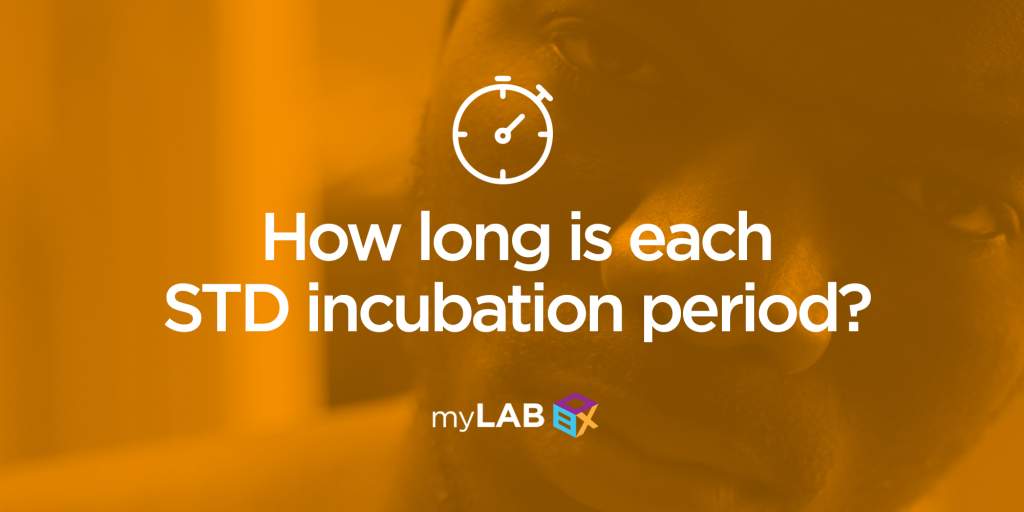 If you are sexually active, it’s important to understand the basics of STD testing, including when you should get tested. If you have unprotected sex or believe you were exposed to an STD, you may think that it’s best to get tested immediately. But that’s not necessarily true due to the STD incubation period, which can affect when an STD is detectable in your system. In fact, getting tested too early could lead to inaccurate results. Here’s what you need to know to protect your health:

What is An STD Incubation Period?

Your body will not respond immediately after it has been exposed to an STD. Instead, it will take some time to recognize the STD’s presence and produce antibodies to fight it. The time that it takes to produce these antibodies after the initial exposure to the STD is known as the incubation period.

What Happens if You Get Tested For STDs During the Incubation Period?

STD tests are designed to detect specific types of antibodies that the body produces to fight off these sexually transmitted infections. But as previously mentioned, the body does not produce these antibodies right away. This means if you get tested too early, before your body has produced antibodies, you may test negative for an STD even though you actually have it.

For accurate results, it’s important to wait until the STD incubation period is over before getting tested. This way, you can ensure that your body has had enough time to produce antibodies that can be detected through STD testing.

How Long is the Incubation Period of Each STD?

Each individual sexually transmitted infection and disease is unique. As you might imagine, every infection has a different incubation period. This affects how quickly it can be spotted using an STD test. To make things even more confusing, this time frame can differ from person to person, but there are some general guidelines you should follow when determining when to get tested.

Every sexually active adult should plan to test for STIs every 3-6 months as a general reference, but let’s break down the incubation time frame for several of the most common infections.

The incubation period for chlamydia is typically seven days, but in some cases, it may extend to up to 21 days. If you’ve tested positive for chlamydia, seek medical treatment right away. This STD is typically treated with a seven day course of prescription antibiotics.

If you tested positive, we recommend you retest yourself three weeks after you’ve completed your course of antibiotics to make sure you’re in the clear. If you’ve tested negative, continue to retest every three months to protect your sexual health.

The incubation period for gonorrhea can range anywhere from one to 14 days, but it is often about seven days following the initial exposure. Test after this period to ensure that the infection will be detected.

Treatment is a simple course of antibiotics. If you’ve tested positive for gonorrhea, you should retest yourself three weeks after finishing treatment. Most cases of gonorrhea are successfully treated with antibiotics,although the ultra-resistant strain of Super Gonorrhea is making that more difficult.[1]

If you test negative for gonorrhea, make sure you continue to retest every three months.

An undetected case of syphilis can become very dangerous. Over time, the side effects can be irreversible and life-threatening.[2] With an incubation period of three to six weeks, syphilis highlights the importance of keeping track of your sexual activity so that you can narrow down which partner you may have contracted it from, and to whom you might have spread it.

Retesting is recommended between six weeks to six months after treatment ends. Discuss your condition with your doctor to determine when it is appropriate for you to take another test.

Hepatitis A typically takes between two to seven weeks to incubate. There’s no cure for Hep A, so retesting isn’t necessary. Don’t freak out, though: the virus generally doesn’t cause any long-term problems, and symptoms – if any – are treatable.

The incubation period for Hepatitis B can range from 8 to 22 weeks, but most infections are detectable within three months following the initial exposure. Like Hep A, there’s currently no cure for Hep B, so retesting isn’t necessary. However, it’s important to work with your healthcare provider to manage your symptoms.

If you test positive for this STI, you should test again three months after treatment. If you test negative, it’s in your best interest to continue retesting every six months to a year to protect your sexual health.

The average incubation period for genital herpes is four days, however it can range from two to 12 days. Like the other infections on this list, this STI is very common. However, it is not curable. For that reason, retesting is not necessary. However, there are excellent treatment options that can severely diminish symptoms and outbreaks.

If you test negative for genital herpes, continue to retest every six months to a year. Or, take another test immediately if you begin to exhibit the symptoms of genital herpes.

Your body will produce antibodies to fight the infection of HIV. After infection, it takes about 1-3 months for your body to produce enough of these antibodies for a test to accurately detect them. Unfortunately, false positives can occur when testing for HIV, so we strongly recommend retesting after getting a positive result.

The genetic material that composes HIV is called ribonucleic acid (RNA). Labs can detect genetic material in the bloodstream 9 to 11 days after infection, so this test is considered more sensitive than the HIV antibody test. However, we highly recommend retesting after a positive result to confirm the accuracy of the initial test.

The incubation period for trichomoniasis is between five to 28 days following the initial exposure. If you test positive, you should plan on getting retested about two weeks after your treatment is complete.

Are You Sure? Testing, Re-testing and Staying Safe

As we mentioned earlier, the timeframes we’ve listed are based on national averages. For your safety and the safety of others, consider re-testing to confirm your status once and for all.

Early detection is the best protection. In the end, a single test will never be enough. For extra protection, we recommend sexually active adults screen every 3-6 months. Knowledge is power, so get to know the symptoms of these STDs and consider testing yourself at home.

Should You Get An STD Test Before Symptoms Appear?

A lot of people assume that they don’t need to get tested for STDs unless they begin to notice the signs or symptoms of a sexually transmitted infection. But don’t make this mistake.

Many STDs will not produce noticeable symptoms right away or at all. This means you could be infected even though you are not exhibiting any of the common signs or symptoms of an STD.

If you aren’t aware you are infected, you could accidentally spread your STD to your sexual partners. Furthermore, some STDs can cause serious health complications if left untreated. For example, if left untreated, syphilis can damage the nerves, brain, blood vessels, bones, eyes, and other organs.

These are some of the many reasons why you should never wait until symptoms appear to get tested for an STD. If you believe you may have been exposed, or if you recently had unprotected sex, it’s best to get tested as soon as the incubation period is over. Even if you have not knowingly had unprotected sex or been exposed to an STD, it’s best to play it safe by getting tested on a regular basis.

This guide will provide you with the knowledge necessary to take full control of your health. The more you know about these health risks, the more prepared you will be to deal with them. After all, many STIs are curable. And the ones that aren’t are quite manageable with proper treatment.

If you’ve ever been sexually active, get yourself tested today!